THE MAINE BEACHES: WHERE ARCHITECTURE TELLS THE STORY 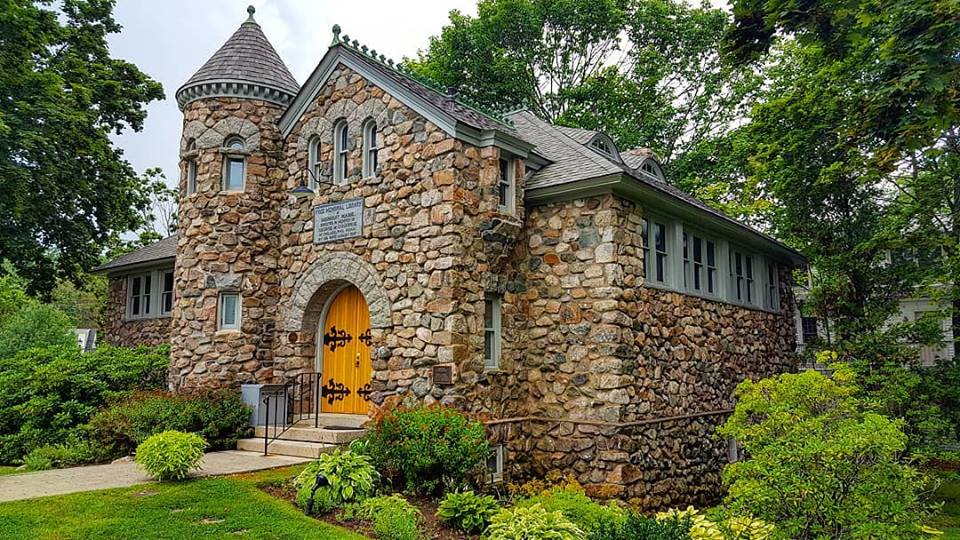 The Maine Beaches is well known for the natural beauty of its white, sandy beaches and rocky coastline, but some visitors may be unaware that the Maine Beaches region is also rich in history, with an abundance of beautiful buildings showcasing unique architecture that dates to the Country’s founding, and even earlier. Winter is the perfect time of year for visitors to the Maine Beaches to treat themselves to a tour of some of our area’s most fascinating architectural treasures.

We’ve pulled together a list of some of our favorites to get you started.

In York, The Old Gaol (jail) is one of the oldest prison buildings in the United States, and one of the oldest public buildings in the state of Maine. The current building, a National Historic Landmark, was built in 1719 but it incorporated parts of an even earlier jail. Visitors to the Gaol can experience the atmosphere of colonial Maine while learning more about some of its incarcerated criminals and their crimes.

Built in 1862, the Wells Meeting House was the third meeting house to stand on the site. Erected in 1664 The first meeting house burned in a Native American raid, following this the second structure was built in 1699. The current building was in active use as a church until the 1960s, when the local Historical Society took possession. The building is now a historical museum that includes a library and performance space, and it features displays on Maine explorers; schools and education; the history of tourism in the area; the history of Wells and Ogunquit; and a work day exhibit featuring items once used in daily life.

The Ogunquit Memorial Library was built in 1897 to a design by Philadelphia architect John M. Burns and is cited by architecture aficionados as one of the finest examples of Richardsonian Romanesque architecture in southern Maine. The building was enlarged in 1914 to a design by Henry A. Macomb, also of Philadelphia; the quality of the artistry makes it virtually impossible to distinguish the addition from the original. The library was the gift of Philadelphia resident Mrs. George Conarroe in honor of her husband.

Biddeford’s City Hall Clock Tower, listed on the National Historic Register, was designed by noted Portland architect John Calvin Stevens and was built in 1894 to replace one destroyed by fire. In 2014, Maine Preservation added the building’s clock tower to its annual list of the state’s most endangered properties: the clock stopped working several years ago, and its decorative railings were removed from the tower when they fell into disrepair. The tower is now one of 20 Main Street historic sites nationwide chosen as a recent recipient of a $150,000 renovation grant so that it can get the TLC it so richly deserves.

A presidential connection in Kennebunkport

Built in 1853, White Columns is the Kennebunkport Historical Society’s premier property. Owned and cared for by the same family for 130 years, the Victorian era mansion has retained its old world charm and still contains the property’s original furnishings. Docents lead tours through seven rooms of the house while talking about the three generations of the Perkins-Nott Family that lived there. They also tell the story of the history of Kennebunkport and the vital connection between the house and the family of both Presidents Bush in Kennebunkport. Bush Family memorabilia and artifacts are on display here.

The Edmund E. Goodwin House in Sanford’s village of Springvale is a Queen Anne style house built in 1899. The home, listed on the National Register of Historic Places in 1975, remained in the Goodwin family for 115 years, until the Sanford-Springvale Historical Society purchased it. The exterior of the house has long been admired as an unaltered architectural gem, and the interior remains largely unchanged as well. The ground floor woodwork is coated with original varnish, and every door still has the ornate knobs, key plates, and hinges installed in 1899. The wallpapers in the parlor and front hall are original to the structure, and the house is furnished as it was in the early 1900s, complete with toys in the child’s bedroom upstairs and the Goodwin family’s buggy in the adjoining carriage house. The Sanford-Springvale Historical Society, which has its Historical Museum just next door to the Goodwin House, offers tours of the property.

Come and explore the treasures that await discovery at every turn.

Whether you choose just one of these historical gems to visit – perhaps in combination with a road trip to view some of Maine’s incredible fall foliage – or whether you make plans to see them all, the Maine Beaches Region has a fascinating history and amazing architecture as enticing as our outstanding scenery.